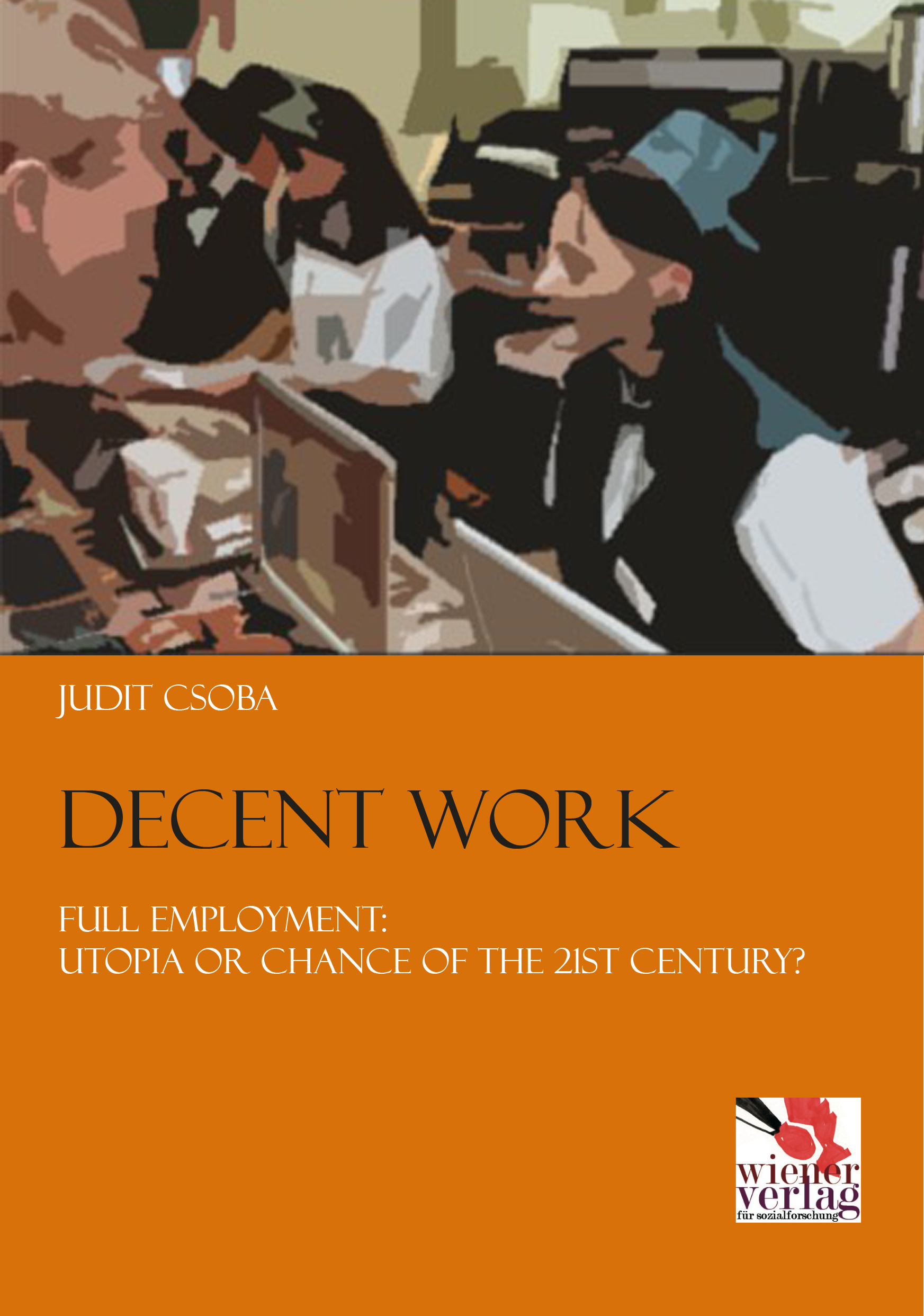 ‘Decent work’ as a key category of social integration has undergone significant changes with respect to its concept and its content during the past centuries. The dual nature of work (punishment and reward) can be traced throughout all eras of universal history, but it depends mainly on the economic, social and ideological context whether it is one or the other of these two aspects that becomes dominant for most members of the society. Today almost half of the citizens who are of active working age do not have access to work in the traditional sense. The fact that ‘decent work’ has been losing ground in society is a source of many conflicts. Because of a lack of alternative paradigms that would be acceptable for the majority of society, many believe that we must make an attempt to restore the authority of the work paradigm as well as its role in the organisation of society, i.e. to realise full employment. The author presents an overview of the attempts that have been undertaken during the past decades in Europe and in Hungary to ensure employment, which has been defined as the crucial precondition of a welfare state. In recent years, most European countries have turned away from the ‘welfare’ model, which emphasises welfare payments and services, toward ‘workfare’ models focusing on work. ‘Workfare’ programs are based on direct reciprocity and assume that citizens possess primary responsibilities in addition to their social rights: in return for welfare benefits, they are expected to provide compensation within a relatively short period of time. In this monograph the author is looking for an answer to the question whether reducing the existing welfare benefits, forcing the unemployed to work, and thereby creating full employment constitute a real alternative under the current economic and social circumstances.